I started watching Tokyo Magnitude 8.0 just a few days before the quake hit Japan last month. For those who don’t know, Tokyo Magnitude 8.0 depicts the aftermath of an 8.0 magnitude earthquake centered on Tokyo. The creators of the show set out to deliberately create an accurate account of what such an event would be like that is, no over-the-top anime hijinks, no racy sexuality, no big-time explosions, none of the more fantastical elements we expect from anime.

I must admit, I am not a fan of realism, and with it’s strong emphasis on realism, Tokyo Magnitude suffers the problems I find with most of the realists: reality simply doesn’t have the same sense of narrative rise and fall and real people tend to have problems that, all and all, are rather boring. The result is rather undramatic narrative that feels like a school-room educational video. There is an earthquake (tense, exciting) and then the protagonists walk home (dull). 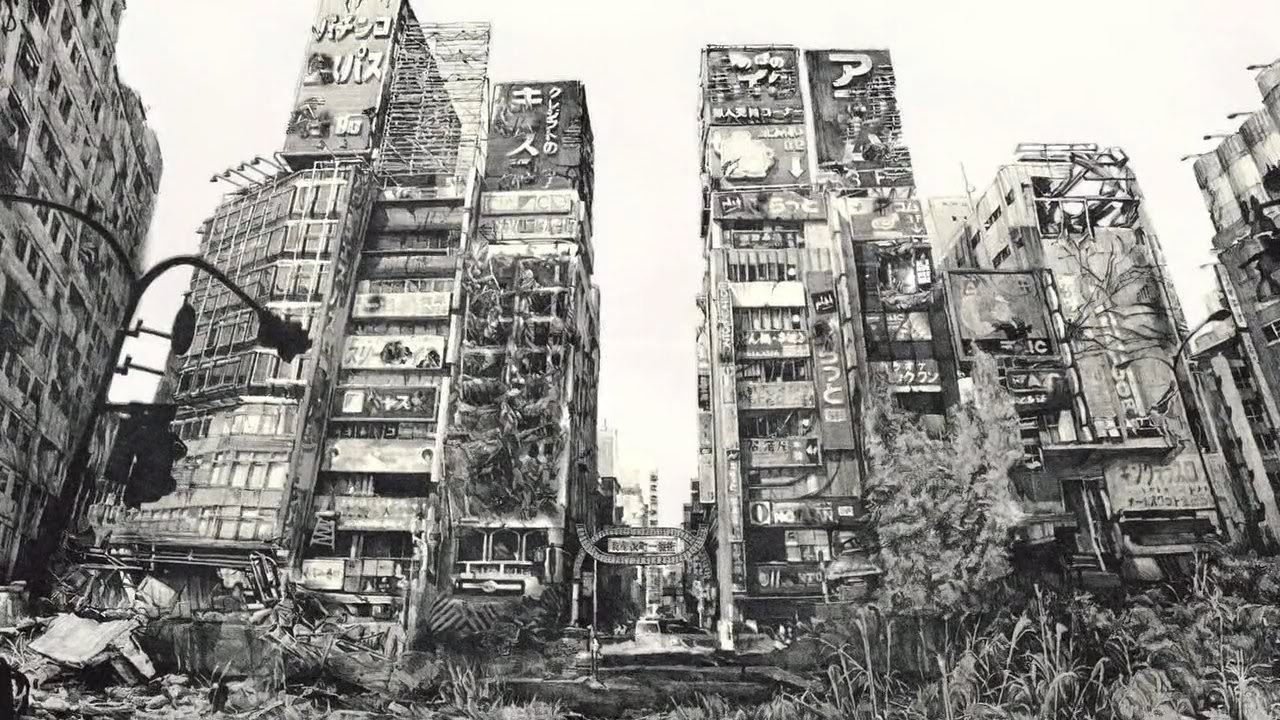 The animation of Tokyo Magnitude is rather superb, which is what I’ve come to expect from the Noitamina block. Indeed, I must admit my initial attraction to the show stems from the title cards for the series: each card depicts the city of Tokyo in a state of ruins. I wish I knew the artist responsible for the works as they remain some of my favorite cityscape pieces.

Yet, the series fails to live up to the artwork, which is really a disappointment considering the sheer talent (Studio Bones, e.g.* Darker than Black and Full Metal Alchemist*) responsible for the show’s execution. The story pacing feels like a short OVA drawn too thin over it’s eleven episodes. A tighter plot condensing the story into three episodes would have improved the narration, particularly since so few memorable events occur in middle of the series. Nonetheless, elven episodes it is.