I no longer write separate reviews of books and films for each year, instead see the Currently Reading 2022 note in the Digital Garden for a list of what I read and watched in 2022 which included 19 books, 49 films, 5 single-player video games, and 4 shows.

I watched so many movies last year that I became sick of the entire medium and struggled to find movies that piqued my interest. That said my list of films worth obtaining physical copies has grown to over 50 films and I hope in 2023 to focus on sourcing and re-watching them instead of seeking new film experiences. 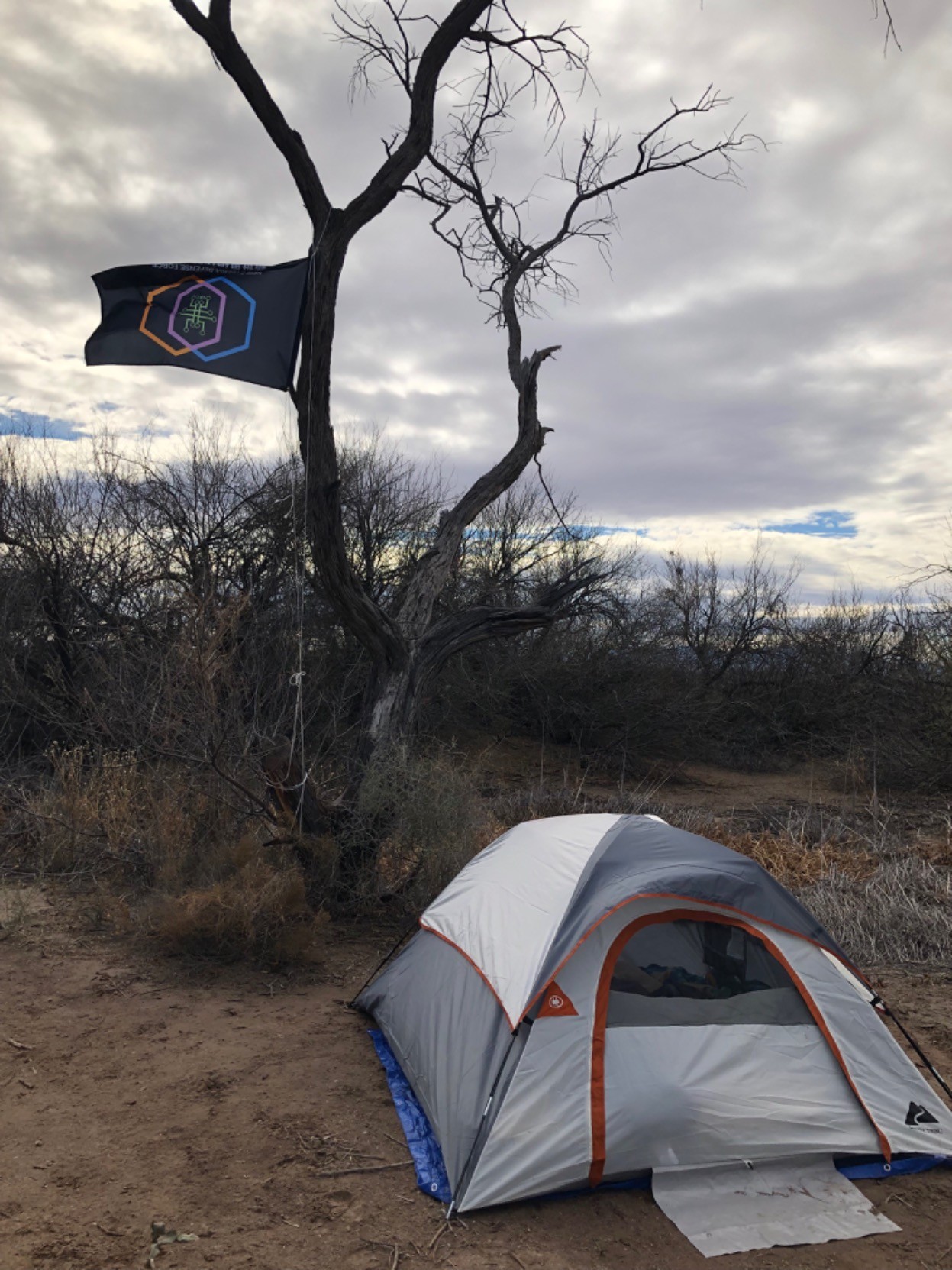 This is the third year of the Covid-19 pandemic and the first full year in which we had a vaccine available. That said, the disease continued to spread and develop new variants. Our protocols have relaxed somewhat: we go shopping in stores when needed, visit friends and family, see doctors, have contractors into the cabin, travel and stay in hotels. We still haven’t returned to conferences or gone into the office. We chanced dinning in a handful of times. We still mask everywhere with quality N95s and have kept up on each booster when it became available despite the fevers they induce. Nevertheless, mask mandates were lifted and accurate case tracking went out the door and the population resumed “normalcy.”

The year started with celebrating at Hot Well Dunes outside of Safford with Clint, who would soon depart for a new ranger gig in northern California. Once again, our friends would be scattered and my social life confined largely to online chatter. The winter would prove to be warm and dry, but the monsoon would hit early and hard. Jess’s courses would be in-person this year, and so we picked up a small townhouse in Las Cruces, NM. I would divide my time over the rest of the year between New Mexico and the cabin. 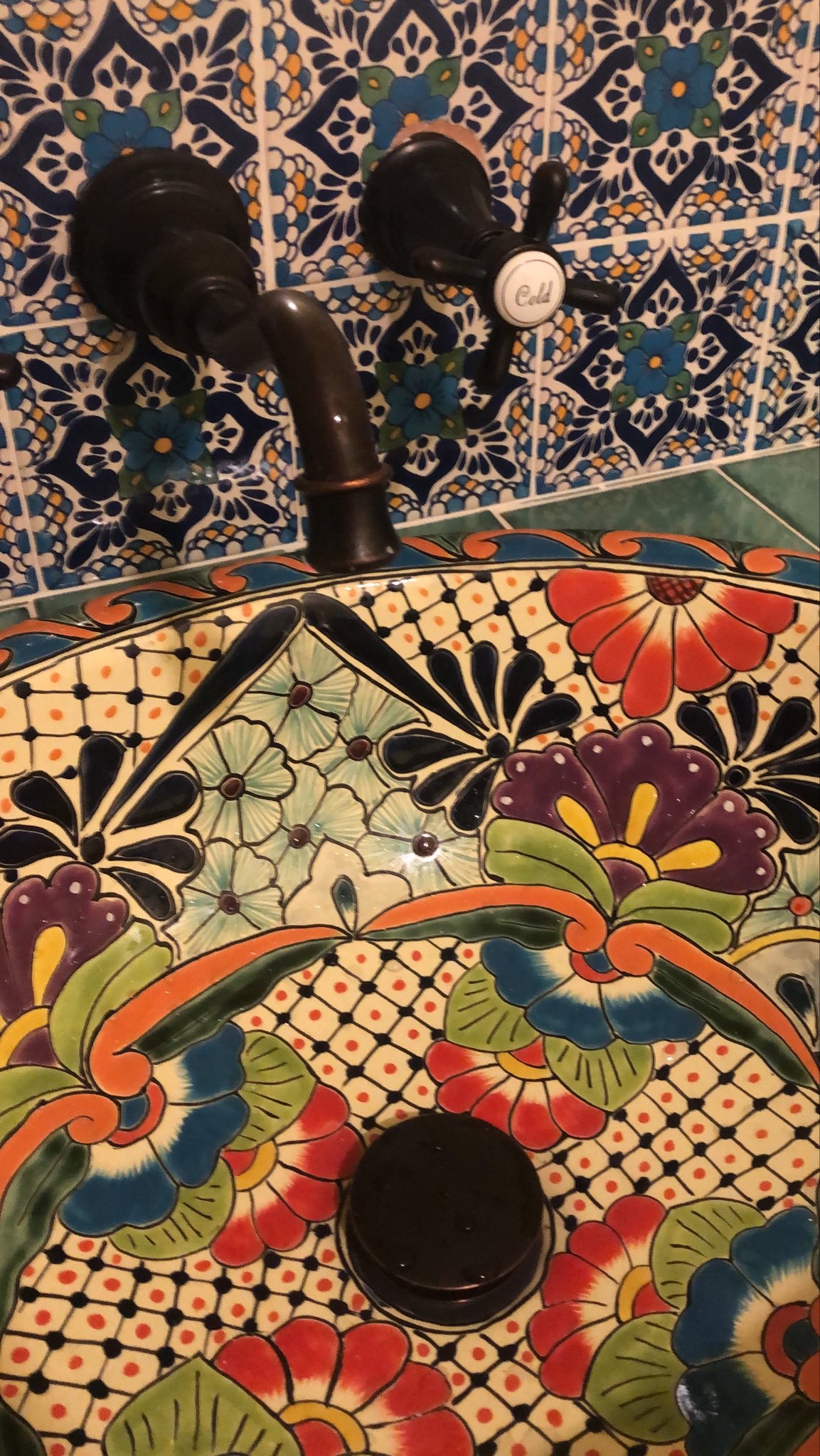 The bathroom asbestos abatement began in earnest in February. A crew removed all materials except for the fixtures. I would be without a shower for nine months. Electric and plumbing would get done later that spring. The project would result in replumbing the entire cabin and replacing a third of the electrical circuits. Drywalling and tiling wouldn’t begin until August. Televera tiles and sink from Juarez were used to decorate the shower and counter tops. Slowly the cabin is moving from an “Alpine” vibe to “Southwest.”

A Master Gardener workshop in Duncan inspired reinvestment into the idea of building a robust garden at the cabin. I began experimenting with a winter container garden of potatoes and later expanding into the yard with a sixteen by four foot raised bed protected by a seven-foot tall deer fence. The containers also spread to the front porch where I constructed “the lounge,” a sitting space lit by strings of light and covered in plant containers growing potatoes, beets, and strawberries. 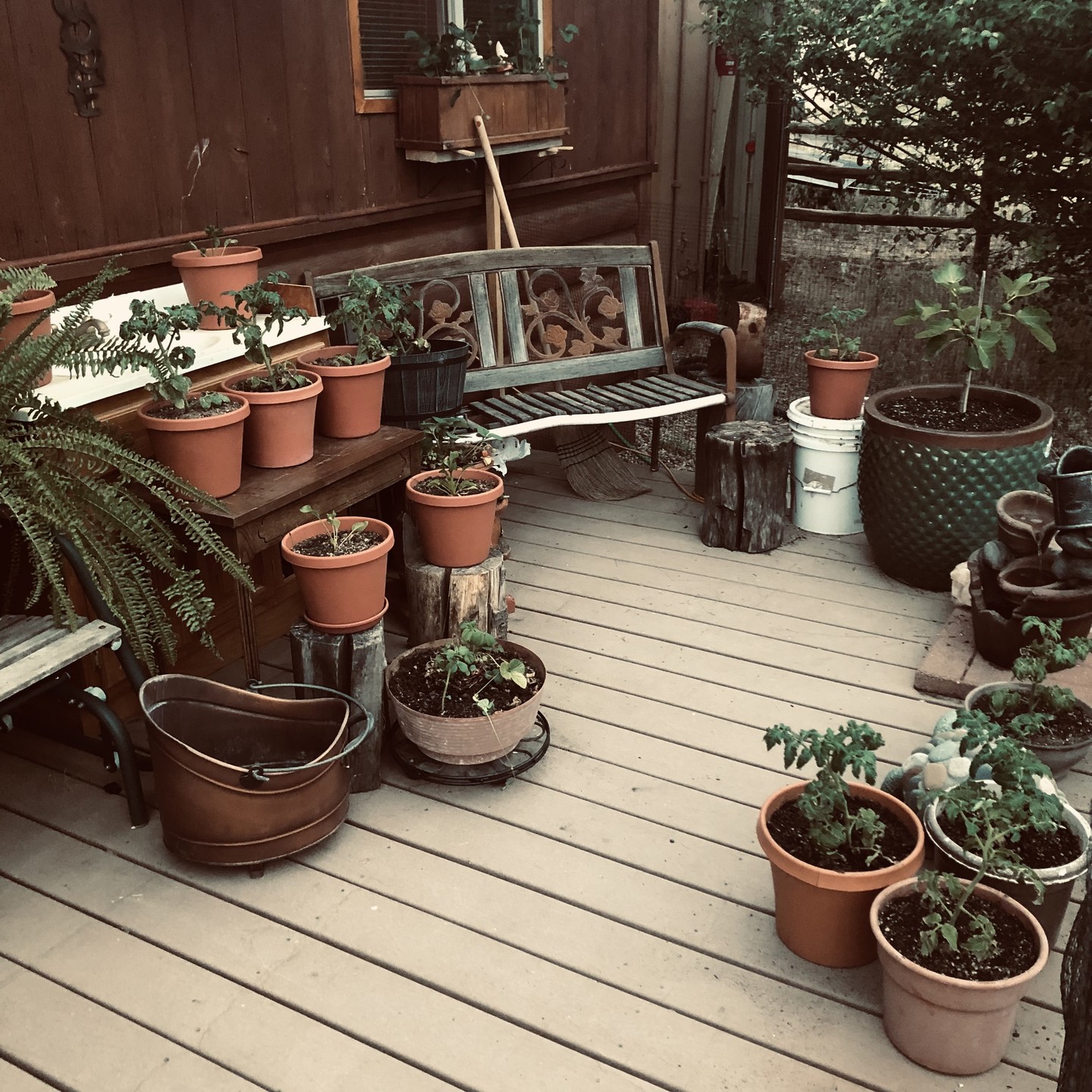 In February, Russia began a bloody and pointless invasion of Ukraine breaking decades of peace in Europe. Although their initial advances were halted, the conflict would continue through the year draining resources from Russia and causing energy shortages globally.

Meanwhile work kept at a pace that slowly wound down with each passing quarter. I felt dreadfully burnt out and tired of the entire PHP environment. The only respite came from opportunities and to train and mentor new developers bringing them in, and up to speed on payment projects that I had developed over the previous two years.

Come may we left on our first trip of the year: to Wisconsin to visit family for two weeks. This would be my first trip to visit family since the pandemic began. We were able to get out to Apostle Isles on the first boat tour of the season when the islands where still encrusted with winter ice and riddled with snow caves.

Returning to New Mexico, Jess went to an archaeological field school outside Albuquerque until late July. I tended to the garden and prepared for our second trip of the year to New York. Originally planned as a trip to HOPE and to drop in on east-coast hackers, I eventually got cold feet and we instead rented a cabin in the finger lakes area of New York, visited relatives for three weeks and then returned home stopping only in Eureka Springs, AR to stay in a haunted hotel. 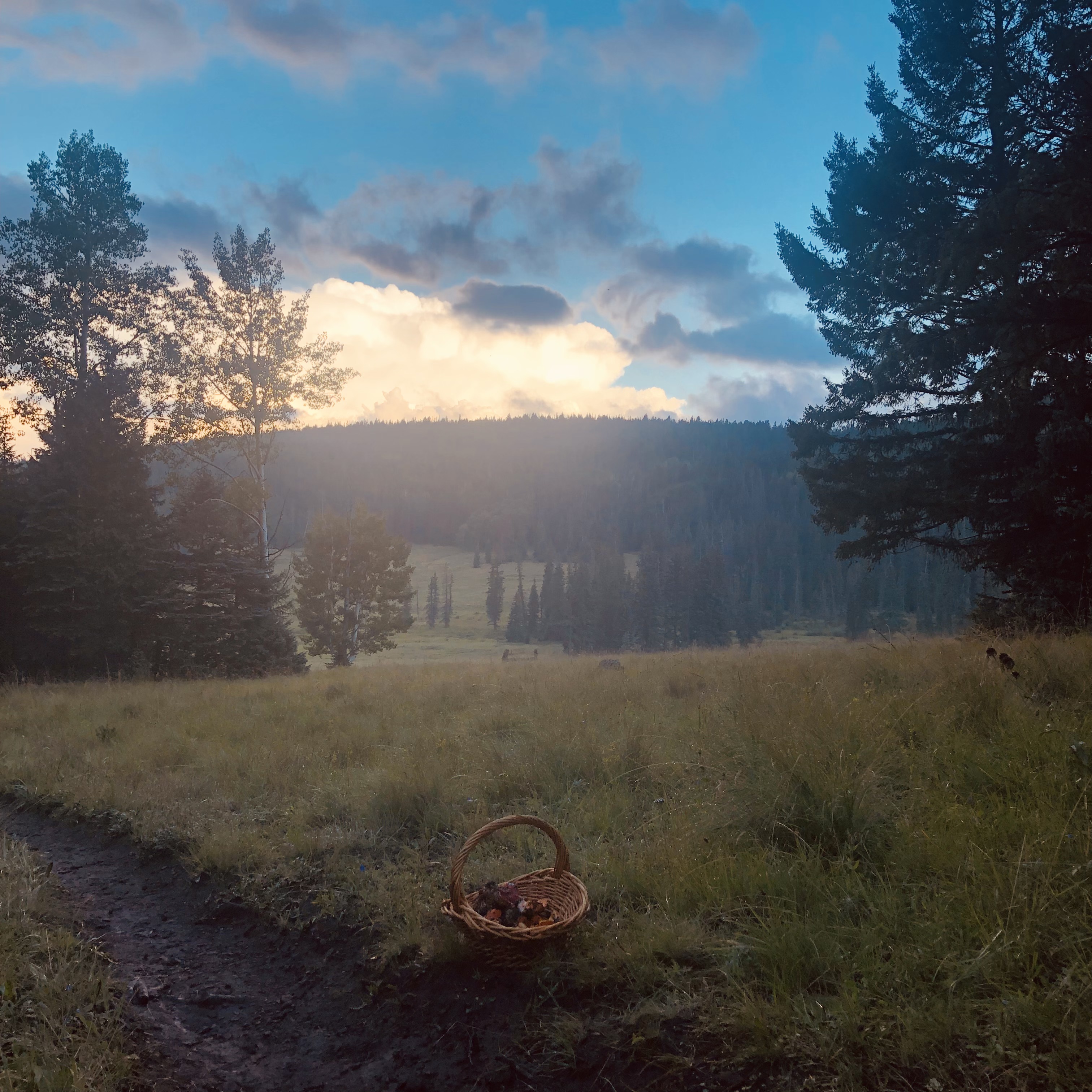 The monsoon was in full swing upon our return and that meant mushroom season. Heading up to Mt. Baldy in between the rains revealed a treasure trove of exotic mushroom varieties but most importantly chanterelles of which I basketed some twenty pounds over a two week period.

Throughout the year I struggled with making zazen a habit. My sutra reading and participation with online zen communities that began had flourished in 2020 began to fade. At the same time, my hiking dropped off and I put on weight. Depressive episodes came and went but I chiefly began to feel expressly tired all of the time and I developed a feeling of discomfort. A sleep stud in the fall would show I had sleep apnoea, and probably have had for some time.

The final trip of the year was to the Washington Coast to house and dog sit for three weeks. This would be my first plane flight in four years. The coast was foggy and hikes were often shrouded in darkness with only the footpath to accompany me. I explored all around Williapa bay eating seafood, hiking trails, and buying up souvenirs. Realized that after twenty years of visiting the PNW, I don’t actually care for it and will probably not return for some time. 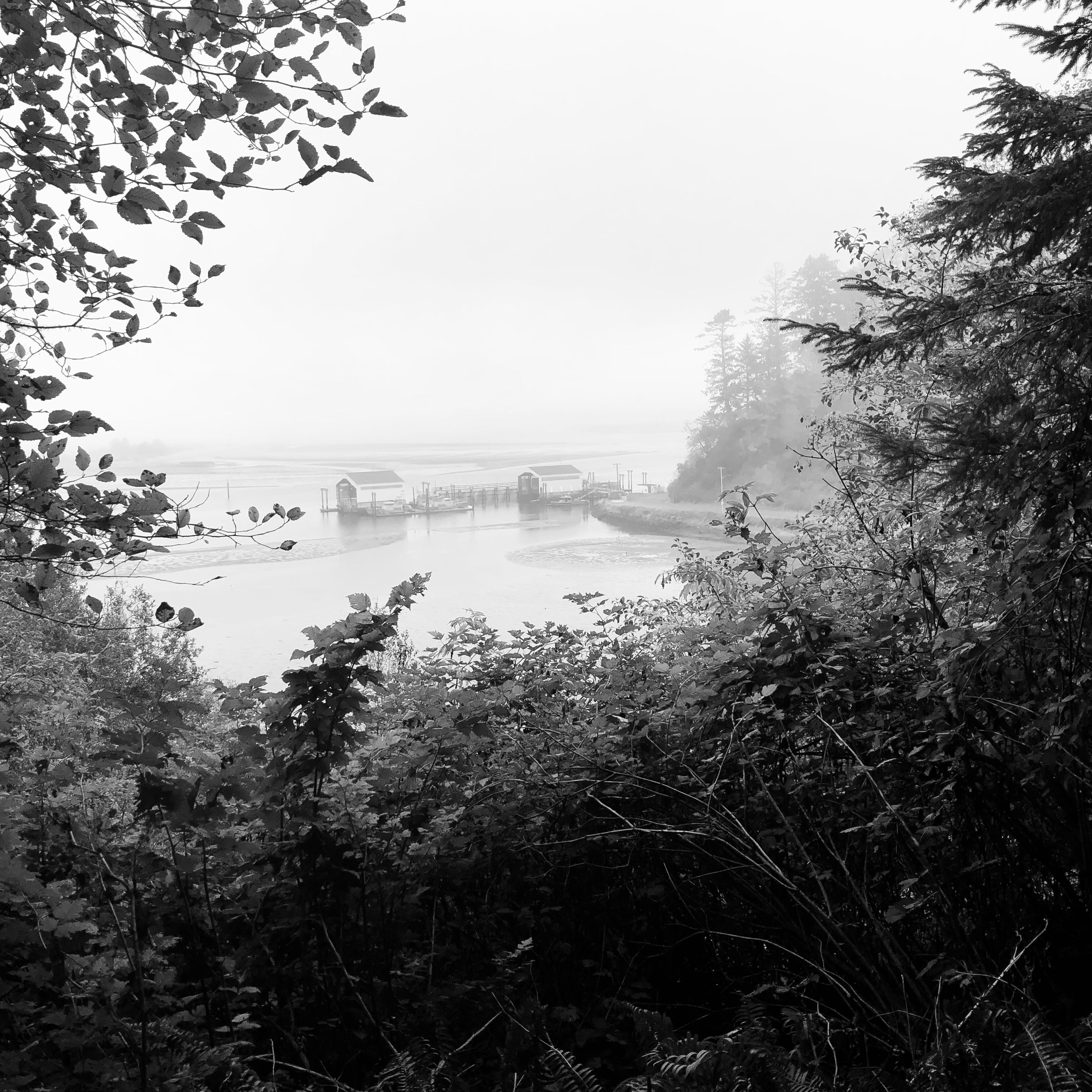 Upon returning, I felt restless to find a project to work on. I had written, but not published many notes in the digital garden. I began typesetting my Ireland travel adventures in an early effort for writing a novel. Upon reflection I realized that I missed the long-form journaling that I once had as a nightly habit. Resuming the routine was delightful.

Folks visited for Thanksgiving but it was another virtual Christmas from the cabin rounding off the year with a feast of homemade kraut, uska and borscht.

"2022 In Review" by Joseph Hallenbeck is licensed under a Creative Commons Attribution-ShareAlike 4.0 International License.