In Katanagatari the protagonists, Togame the “Strategian” convinces Shichika, a swordsman (more like a marital artist) to help her collect twelve deviant blades of Shikizaki – whose power is fabled to grant dominion over the world if collected together. Together they travel Japan in an episodic battle-of-the-week format challenging ninja, swordsmen, and pirates to duals over these fabled swords.

I tend to avoid fighting animes because of the tendency for fight to dominate the episode. After all, if an episode has 25 minutes to both tell a story and showcase an epic battle, than the story tends to become little more than an excuse for fighting. Katanagatari escapes this flaw through it’s 50 minute episode length. With all this extra time, Katanagatari’s conversations can reach Bakemonogatari-lengths. This gives the work a much more feature-film-like pacing as we get to know the characters through long conversations over meals, bathing, and other breaks that typically won’t make it into the frantic pace of shorter animes. 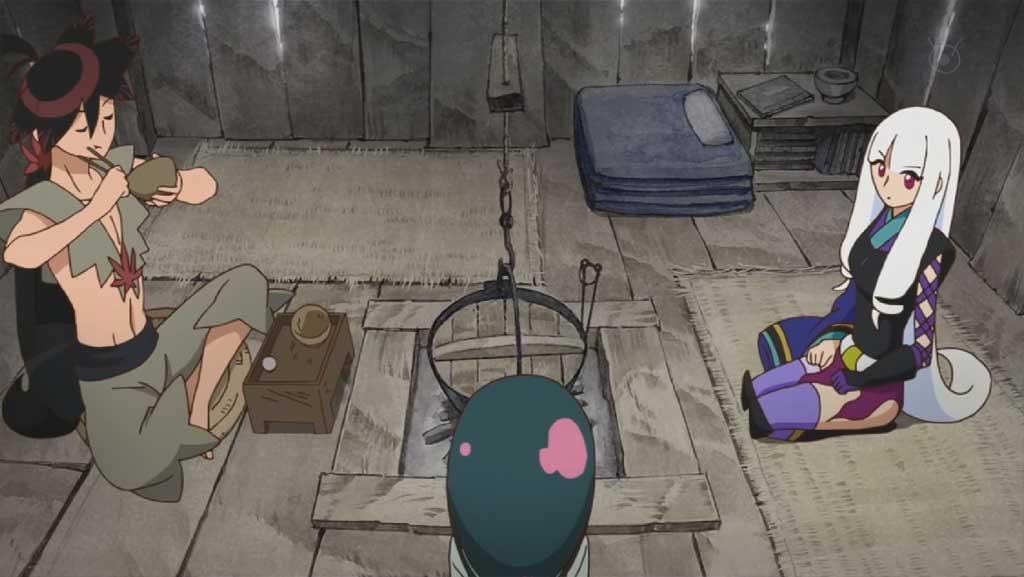 White Fox, a relatively new studio showcases some amazing production values in the animation. Katanagatari’s character designs are unique and take some time to accept. This design focuses on simple characters with few, yet bold, lines and unornamented eyes that harkens back to the character designs of Osamu Tezuka. It is still common to see such designs in a lot of manga, nevertheless the interpretation of manga into animes often results in a bit of more (often unnecessary) flourish. 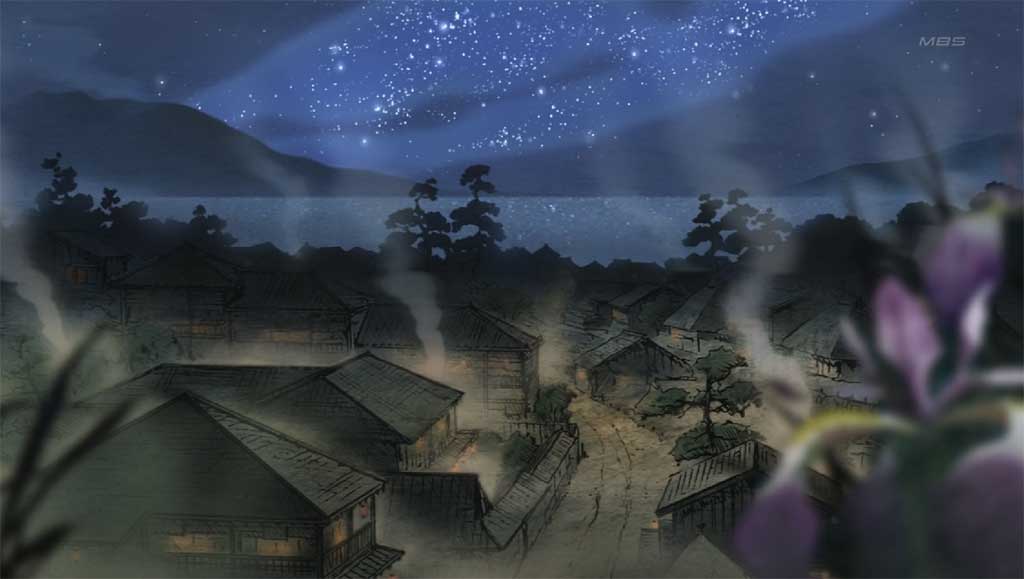 The backgrounds are a mixed bag. Some scenes portray sprawling countryside with a very traditional feel as though each is a water-colored painting – a similar style to those we might expect in Mushishi or a studio Ghibli film. Yet, once in the scenes_ Katanagatari_ quickly lose this detail for a much flatter computer-painted appearance.

At four episodes in, I find that Katanagatari has hooked me right into the adventure. I can see why ANN rates this series so highly and I find myself surprised that I held out on watching it for so long. I would encourage anyone who is looking for a good light-hearted action anime to give this a look. It’s short, enjoyable, well drawn, well plotted, and contains some very fun characters that (so far).