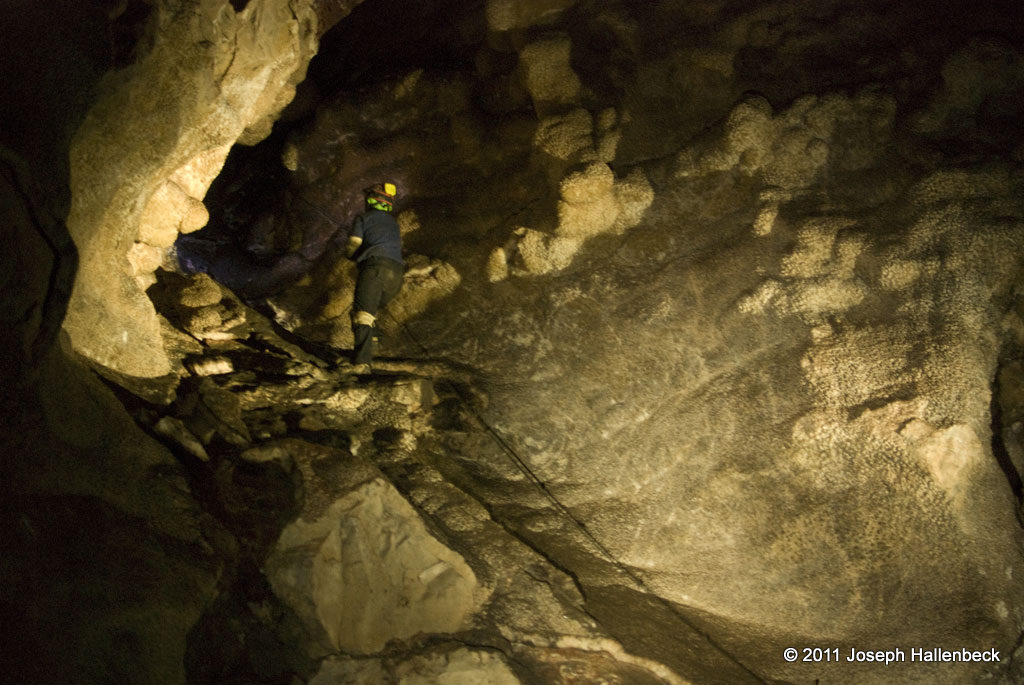 To get the equipment into the route is no easy challenge. The pelican cases are bulky and heavy. The plastic tends to cut into my side, throw me off balance, and generally turn an easy trail into a nightmarish pain. In order to minimize the time needed to carry the equipment, I opted for a shortcut. I traveled backwards on the route to a chimney (the “diving board”) that dropped down near the rope assist. I lowered the equipment down on rope then after the shoot climbed the chimney and deposited the camera at the end of the route.

The shots were taken as a rapid-fire mode since the exposure time at 1/10 on my 35mm prime lens at f/1.8 meant that quite a few came in blurry. The cave was lit using spare caving lights rather than flashguns due to the flashguns overpowering the shadows in the room. I shot some 48 shots over the extend of two climbs with only a handful of the shots coming out.