Watchmen - Nietzsche and Nihilism Among Supermen 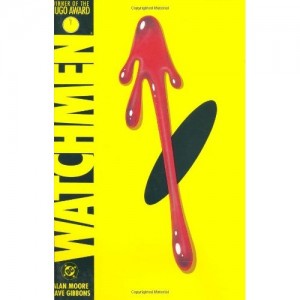 I wrote a short review about Watchmen back when the film came out in theaters and while I have read the book, I wish to address the film in particular. I will be revealing a lot of the plot devices in this one, so if you haven’t had the chance to read or watch the film, I say skip this and come back once you have.

Watchmen is to Super Hero films what Neitzche is to Nihilism. It would seem at first that Watchmen is just a grittier version of the Super Hero genre. Filled with anti-heroes, sex, violence and the dynamics of less-than-perfect humanity, the work portrays itself as being a critique of Super Hero romanticism.This may be true in the graphic novel, yet the film takes this concept slightly further in its alterations to the ending.

Through the earlier sections of the film we are introduced to a post-Neitzchian society. The ambitions of man are kept in checked by a careful balance of political power. Russia and the USA have the bomb, but the USA has Dr. Manhattan – a superman with the power to see through time, cause people to explode, and any number of other powers. This superman is Neitzche’s ubermensch. Yet, his mastery is bent to the futile intrigues of his surroundings and he has become disconnected with mankind and he begins to see past man and into their empty, futile attempts to placate fate. The greater part of society is now living post-god in which man exists not in fear of some retributive all-powerful deity, but must only fear the retribution of his fellow man. Such fear was kept in check for a while by the threat of the vigilante”Watchmen,” who superseded the law authority to enact retributive justice upon lawbreakers.

Here is that central theme of Watchmen: is there any justice at all? Certainly it seems in the text that the justice of the political fails to address the people’s needs to see justice served. Society is rank with villainies such as robberies, murders, rapes, and muggings. The Watchmen, more or less, are also not the answer to justice as each of them pursues their own particular view of justice which in the end is merely self-serving. Heroes such as Silk Spectre or the Comedian are merely in it for the fame and power and Nite Owl is fueled by a sense of wishy-washy moralism that exists more out of expediency than the virtuous determination we see among Super Heroes. We see fellows trying to rise up to the status of Nietzsche superman. They establish these self-made virtues but cannot follow through with them, and so fall back into the line of the society of men. Watchmen’s society is thus that of a nihilism, not Nietzsche’s self-determinant society of supermen and the answer in Watchmen is not that of the existentialist, but of the necessity of re-establishing God in order to keep man in line.

Look at the film’s end. Viedt’s mastermind plot is to subvert nuclear war by attacking first. He nukes all of the super power’s city centers using weapons designed to look like Dr. Manhattan’s unique radioactive signature. These attacks force society to re-evaluate itself and come together in the realization that they have much larger threat to mankind: Dr. Manhattan. Dr. Manhattan is thus God incarnate, a new kind of messiah who saves not through sacrificing himself, but by sacrificing the rest of the world. This is the vengeful God of the old testament who will suffer none of the squabbles of humanity. By providing the world with this new-found maker of miracles (or ought I say plagues), Viedt reveals that God is very much alive and he is a giant blue man.

Dr. Manhattan, fed up with meaningless bickering of mankind, leaves earth for the sterility of the heavens where Viedt can assure the people of earth he is watching over them carefully. Again that father-figure is restored into culture and the nihilist society is resolved not by truth but by the re-establishment of a great lie.

Rorschach, however, is our true super hero. The man who is fighting for truth and very much believes in justice. Viedt, and ultimately Nite Owl believe in alleviating suffering not the upholding of an abstraction like justice. In the world of the Watchmen there is no place for a man who truly believes that there is justice. Such a man would be absurd or “nuts” as Rorschach is referred to by his fellow super heroes. Yet if we superimposed Batman, Superman, Spiderman or any other superhero into this space they to would be seen as hopelessly naive at first, and if the hopelessness of society didn’t drive them to the madness of Rorschach then they would be rather unbelievable. No, Rorschach is representative of a desire for a just world. He wants a world that is more than just nice, where people are pleasant and freed from suffering. He wants a world were justice is seen to and the people virtuous. Such a man cannot live long in the mockery that Viedt creates: the world of lies that we live in as we tell ourselves that all is right and just in the world. In the end, Rorschach is killed by Dr. Manhattan because there is no place for a just man in such a world.

"Watchmen - Nietzsche and Nihilism Among Supermen" by Joseph Hallenbeck is licensed under a Creative Commons Attribution-ShareAlike 4.0 International License.