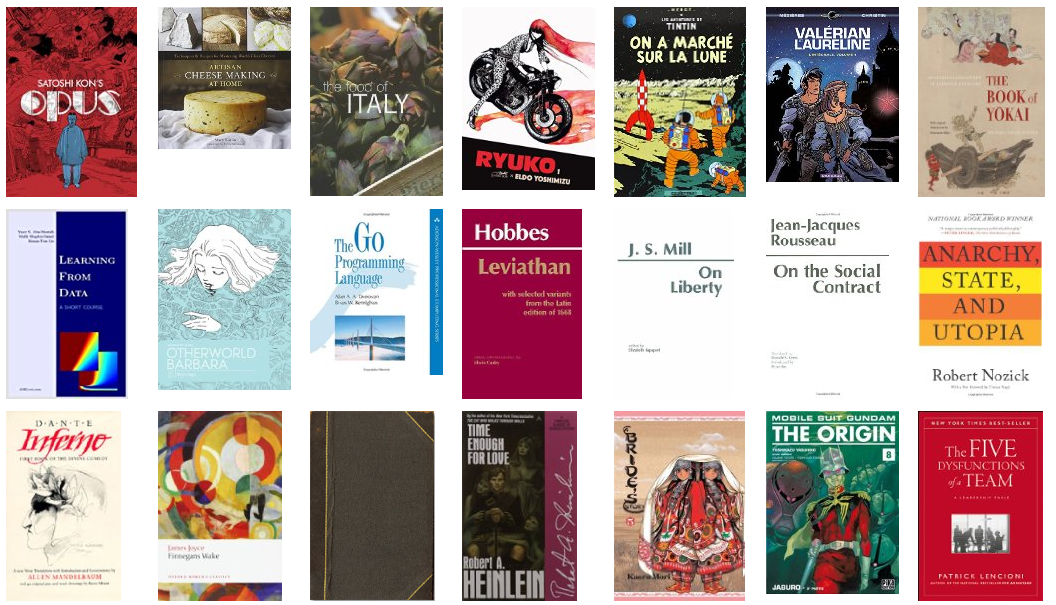 “One cannot read a book: one can only reread it” – Nabokov

I woke this morning thinking about re-reading The Lord of the Rings. The last stab at the thick volume I made while at Oxford in 2008. A childhood friend reads the entire thing on an annual basis. Which brings me around to another question. If I examine the entirety of my library and was given the choice of only a select few books to read and re-read for eternity which volumes would that entail? It is said that the quality of a litrary work is measured in our ability to glean something anew from each reading.

Certainly there are many a book and a film that has touched and moved me greatly and yet, I would not go back and read it again. Honey & Clover, for example, was paramount in my decision leave DigiPen for Augustana. Yet, in rewatching, it has never recaptured the same motive power.

The novel is an easy one to figure out. Which volumes have I returned to time and again? Some of have certainly fallen off the list. C.S. Lewis was wonderous as a child but what once seemed like playful allegory now feels too much like a club.

What is worth re-reading in Philosophy is far too long of a list. I submit instead those volumes from my undergrad that I find worth returning to as they provide a rather sound foundation for further reading.

Rarely do I return to a film and almost never teleivison. A handful are regulars, Star Wars, The Lord of the Rings, and Labyrinth where all watched repeatedly in my youth. The collected works of Miyazaki, Kirasawa and Satoshi Kon are all revisited on occassion. A handful of anime I would like to take the time to rewatch as they were all very formative in my youth. Yet, how well they would stand up on a rewatching remains unknown.

The vast majority of games have no narrative arc. How can I return to Counter Strike? When I examine narrative single player games though, I find myself going back to Miyamoto’s early games: Mario and Zelda. Few titles from that era held up with age, and fewer modern titles are worth a second look. Yet, I must admit that I have probably gone back to re-play none of these games in the last decade.

There are a few volumes that I have read multiple times, but upon later reading in life, I do not feel the same spark and will probably not return: