Because of it’s 30% extra brightness, the full moon of March, 2011 was dubbed the “Super Moon.” This was some night photography I couldn’t pass up! This composite shot was taken from the shadow of Stonington Peninsula’s lighthouse looking eastward over Lake Michigan. The moon rose promptly at 8:15 as a bright orange ball and climbed over the lake. I took each of roughly thirty shots from my tripod, but a strong wind and cold ruined many of the takes. 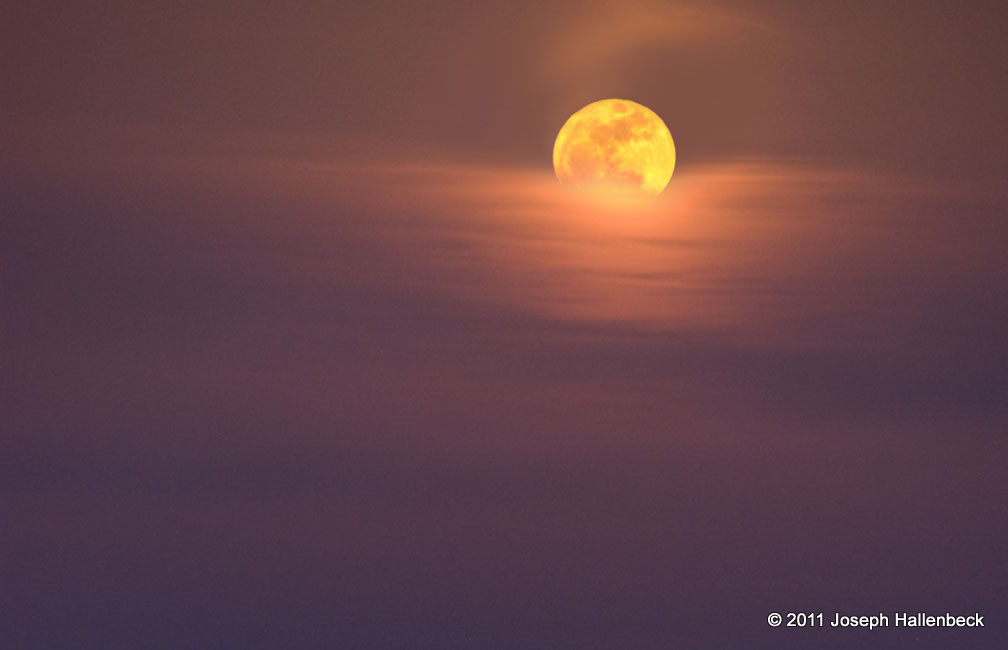 The final result is a composition of two shots at different apertures. The first shot is adjusted to capture the clouds and details of the night sky, but this leaves the moon as bright as the sun. The second shot, taken from the exact same position but with a smaller aperture, captures the fine details of the moon’s craters. I edited the moon out of the first shot and replaced it with the detailed moon of the second shot to capture an appearance that accurately reflects the experience of seeing the Super Moon. 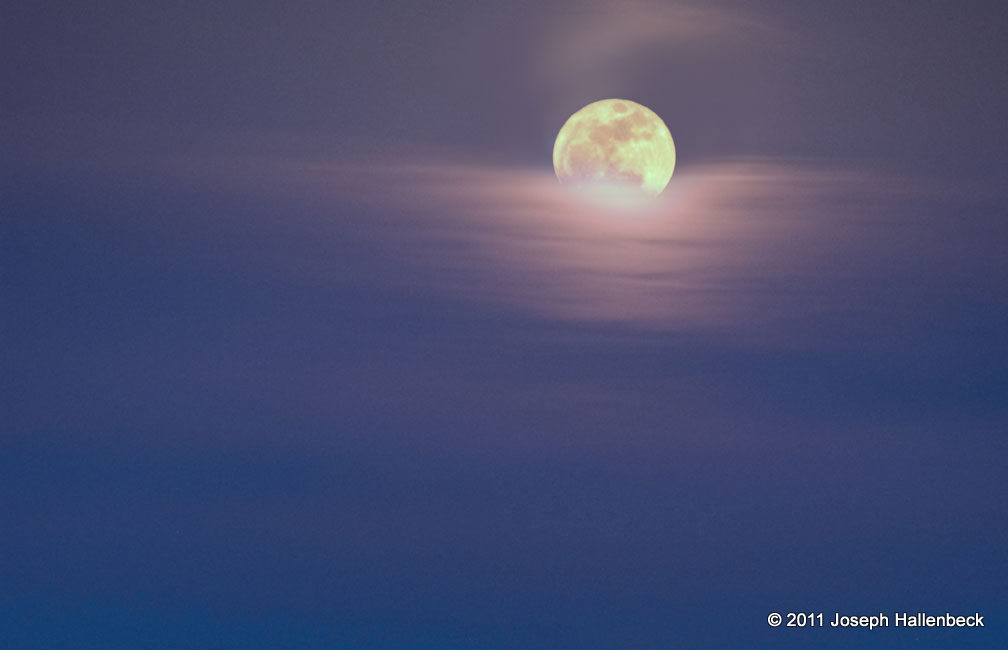 A second difficulty is the colors. Taken with long exposure times, the moon comes out bright orange. Yet, we associate the moon with whiteness (rather than bright red like a sunset). If we want the moon to look closer to how we associate it, we must apply a cooling filter to the image to adjust out the red tones and replace them with the blue tones we normally associate with the moon. The result is the picture to our right.