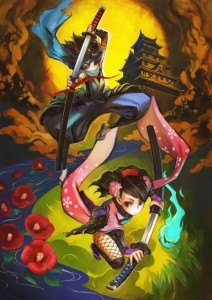 Continuing the sword-collecting series, I take a look at Muramasa for the Nintendo Wii. Before I begin, let me get it out of the way. I am a big fan of Vanillaware’s previous title, Odin Sphere, and the overall design philosophy of revisiting the game design challenges of two-dimensional design. It was a sad day when developers jumped ship for three-dimensional graphics, and I find it nice that there are still a few developers out there who, like me, would rather see the processing power of our new consoles put to envisioning the advances of the older two-dimensional genres.

In the case of Muramasa the current-generation variation of the side-scrolling action games revisits the action of the arcade days of yore. With the new technology however, comes an even faster-paced gameplay as dozens of enemies swarm across the screen swinging swords, throwing ninja stars, and battling the player. All of this is mixed together with a RPG-styled leveling system that encourages item collection.

My first impression of Muramasa is the sheer depth of the artwork which unravels like a fine painting. The orchestrated music fits perfectly with the gameplay enhancing the appreciation of the game’s atmosphere which drips from the screen into my eyes. Odin Sphere focused on variety by telling the tales of different characters each with unique fighting styles. The result was a bit rough. Some character’s combat systems were rock solid, others felt hacked together. Muramasa solves this by focusing on just two characters at their Obarahu style combat. The result? A very well polished combat system that is a thrill to play. 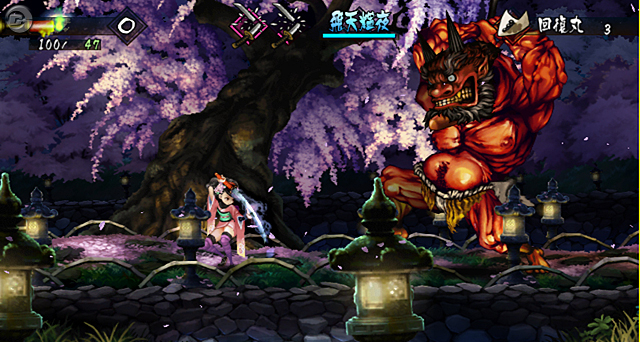 Not everything is good in Muramasa. Some of Odin Sphere’s mechanics were sadly cut. Planting fruit to grow new items, a mechanic I loved, is now gone; an unbalanced difficulty system gives you the choice of slicing through enemies like butter, moderate strategy, and insanely difficult; platform jumping is difficult to predict due to an unclear collision detection beneath the hand-drawn character sprite; and the battles can get tedious if played for a long sitting. Nevertheless, I would say Muramasa is the best third party Wii title out there – even though it makes no use of any Wii-specify hardware.