I spent two goods nights last month working through a series of photographs that I intended for Christmas gifts. Perhaps one of the most challenging post-production works was this photograph I took of a hive in Gallatin National Forest just south of Livingston, MT. 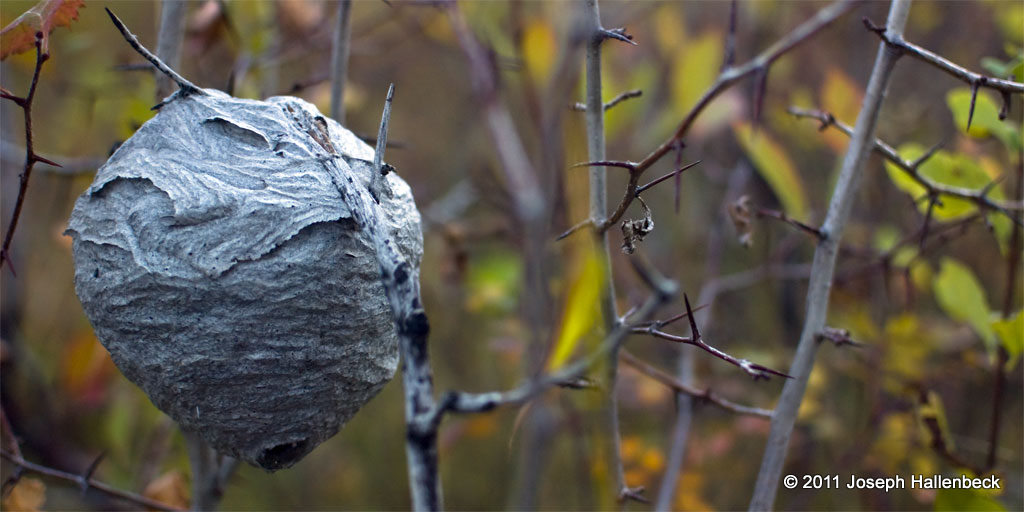 This shot is actually a composite of two different shots. You see, I took nearly a dozen photographs of this hive free-hand during sunset. There was little light and in only a small handful of shots was the hive sharp. The composition for the piece was also a challenge. A number of shots have twigs in distracting locations drawing the eye into the background. Yet, if the hive is centered, it becomes to dominate. The hive had to sit at a roughly 1/3rd mark to really bring out the shot, but this only occurred perfectly in one shot which was not sharp. The solution? I combined two different shots. One, for the composition and background and a second for the subject matter. The image below shows the two originals side by side. The left shot I used for the composition, but I edited the hive from the right shot on top of the left shot.

I used Photoshop to get this effect. First, I opened both images in the raw editor and worked the settings until they had matching histographs. I overlayed the new image on top of the final background composition and masked out the parts of the image that I did not want to use until I had a layer that looks like the shot below: 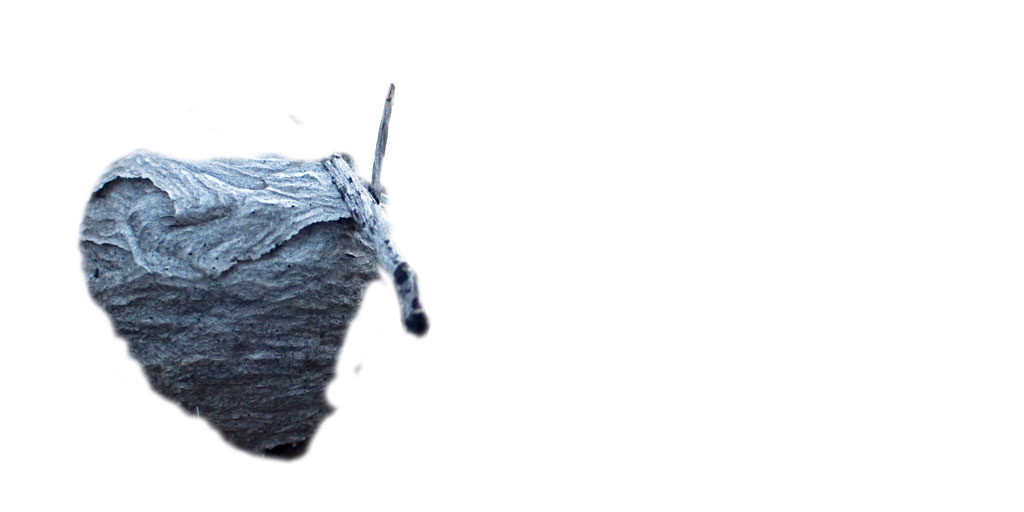 When I zoom to 100% you can easily see the benefits of combining the two shots. Note how the final work on the left is crisp, while the old hive on the right is blurred: 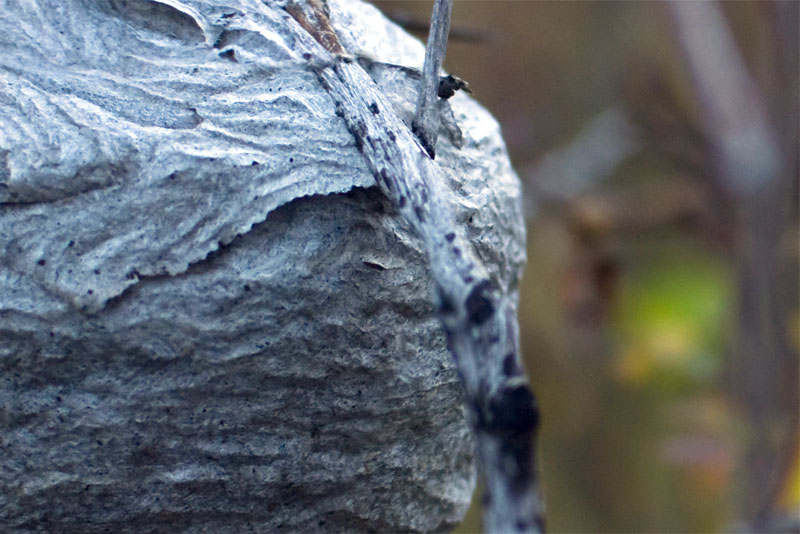 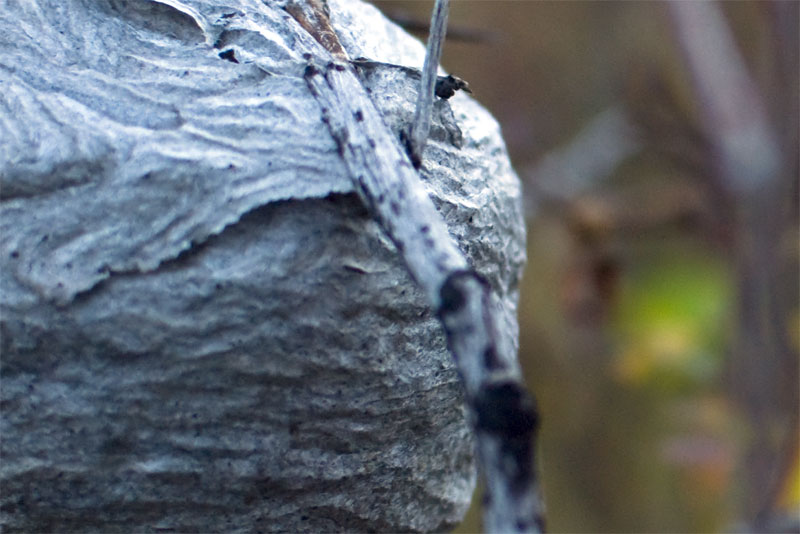