On the Extraordinary Polish of Fez 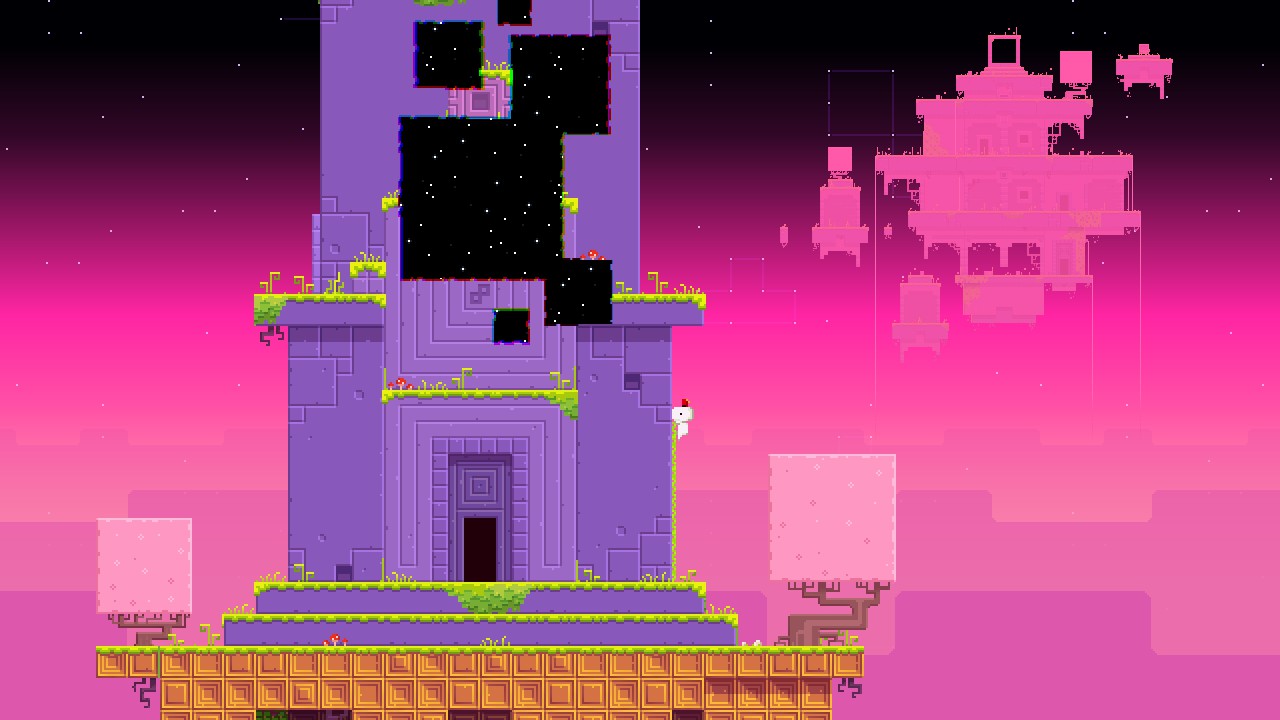 I am struggling to find the words that adequately describe the simple joy that is Fez. I think the word that I most often find in my reflection is complete. That is, I think Fez is a more polished and “whole” game than many a modern Triple-A title.

It has become too common to see games placed on shelves before they are truly finished. I could point the finger at any number of triple A titles (mostly in the MMORPG and FPS genres) wherein the release of the game is done before production has really honestly finished. But the most brazen releasing of unfinished games seems to come from the Independent scene where often games seem more like tech demos then completed titles.

These unfinished games are hobbled together and released while their ideas are still weak and unrealized. They lack the true polish that is necessary to fully explore their game-play potential. Graphics are unpolished with no eye for creating a cohesive aesthetic. Game-play consists of repeating the same simple mechanic over and over. And content is either procedurally generated, random, or simply lacking in complexity and attention to detail.

These poor unfortunate children are cast out into the marketplace and I am still surprised to see so many titles getting praised despite their severe flaws. 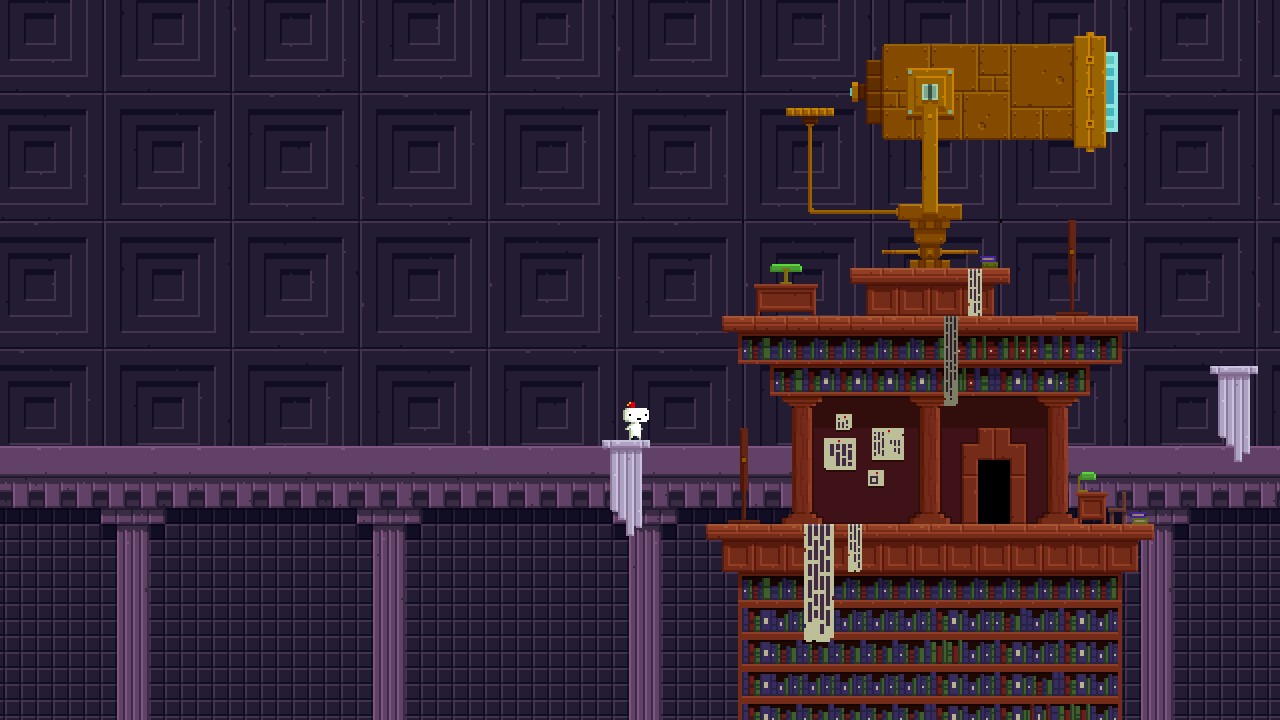 Unity of Ideas in Fez

When I look at Fez what I see is a gestalt that creates an exceptional sense of unity in presentation. The game is whole and explores its ideas sufficiently to fully showcase the game without exhausting our temperament. I am reminded of the original Super Mario Bros in that it is a game that could be beaten in a short time but yet each piece – the art, the arrangement of the platforms, and progressive difficulty was a creative expression that created an ensemble that far exceeded it’s parts. Indeed, had one platform been off, had one level simply felt as though it was a hap-hazardous assembly of ill thought ideas the entire idea would collapse. But we do not see this with Fez, instead we see a kind of excellence found only in minute attention to detail that encourages us to immerse ourselves in the scene feeling secure that it will not disappoint us by failing to reward our explorations.

In essence, we have a game whose levels encourage a kind of tranquil enjoyment of each scene – the dog laying to sleep, the strange hieroglyphics adorning the walls, and pixel-perfect skies. The developers behind Fez certainly felt the need to reward such careful exploration as without the desire to wander about the levels solving Fez’s mind-boggling puzzles becomes nigh impossible.

That is, the process of rewarding for exploration is built into the game. On one level spinning a globe reveals hidden treasure maps. On another turning a valve lowers and raises the water table on a completely different level. Puzzle pieces reveal that what looks like decorative glyphs in the game may be a part of solving a larger puzzle. Rather than punish us for wandering beyond the linear paths and only rewarding us for progress, Fez rewards us for returning over and over again to the same places to look again. Our approach to each level is hyper-linear and this hyper-linearity creates a sense of choice not found more linear narratives. 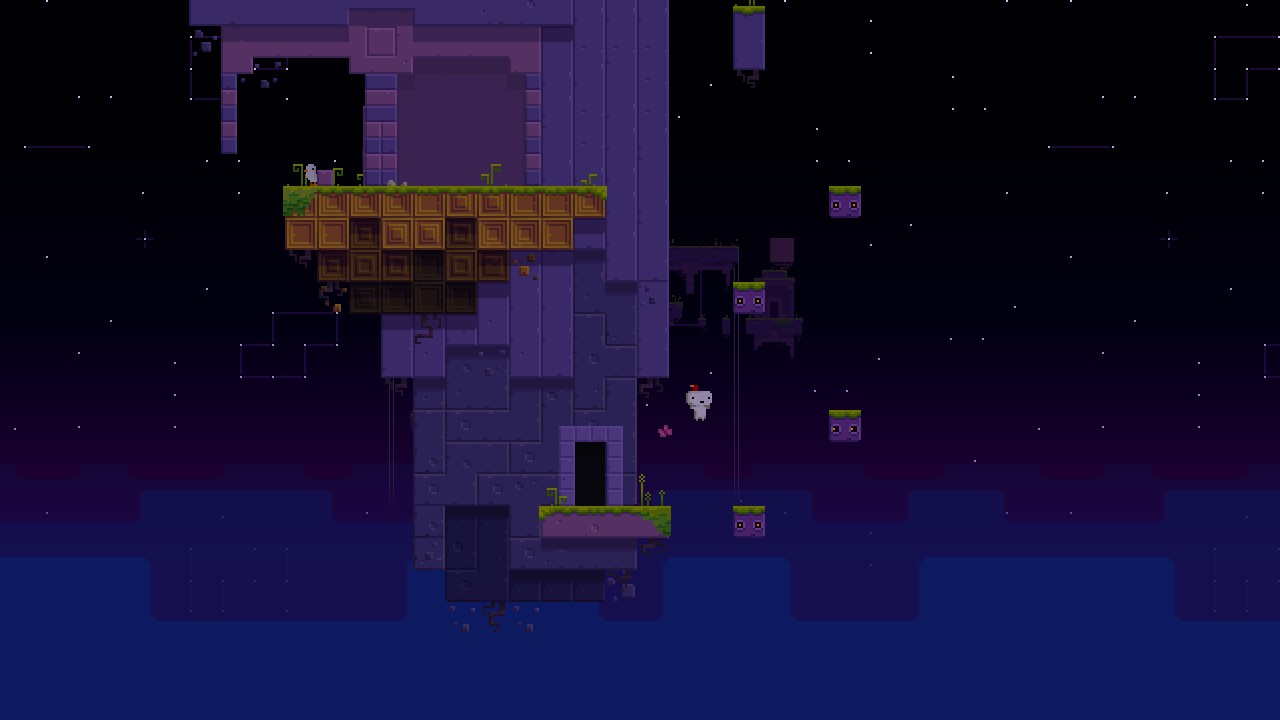 The Game-Play of Fez

The stages of Fez go on far beyond what I typically expect of an independently produced title. We find such a variety of unique realms that rarely repeat their themes – haunted mansions, seasides, jungles, and libraries.

Each stage reveals such a wealth of history into the eight and sixteen-bit eras. We see tetris blocks built into the levels, Owls that look remarkably like those found in Zelda, and a story that winks at the 2D “worlds” that exist inside our computers as our hero sets off to save the world by collecting cubes all the while electronic tears appear all about him in the world.

The idea of exploring a 3D world collapsed onto a 2D plane while still allowing the user to change the plane of collapse is not a new one. Mario explored these visuals in the various Paper Mario titles. Portal, likewise explores the bizarre possibilities of physics-breaking that video game space can produce. So, like so many other games before it, Fez is not something truly new but an exploration of something that has come before.

But it is not the exploration of something new that makes Fez, or many great games great. It is once again the fact that Fez is complete, polished and a unified example of it’s kind.

"On the Extraordinary Polish of Fez" by Joseph Hallenbeck is licensed under a Creative Commons Attribution-ShareAlike 4.0 International License.