Last night, I took my first stab at cave photography while on a caving trip with two friends into Jewel Cave. Out of 61 shots taken that night, only two felt “okay.” 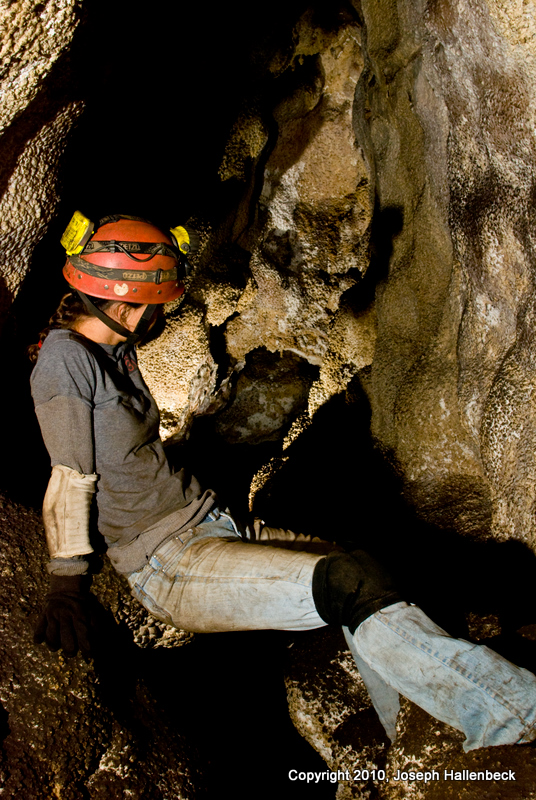 Jessie Ketchum models on the canyoning portion of Jewel Cave’s Wild Caving Route. A slave flash fired by Vicki Bierwirth from below lights the corridor beyond Jessie while a secondary flash, held at arm’s length from the camera, provides fill for Jessie. I would’ve liked a secondary assistant, and perhaps a third flash to light the fifteen foot pit that Jessie is straddling. A more active pose, perhaps with Jessie moving towards instead of away from the camera, would have enhanced the composition. 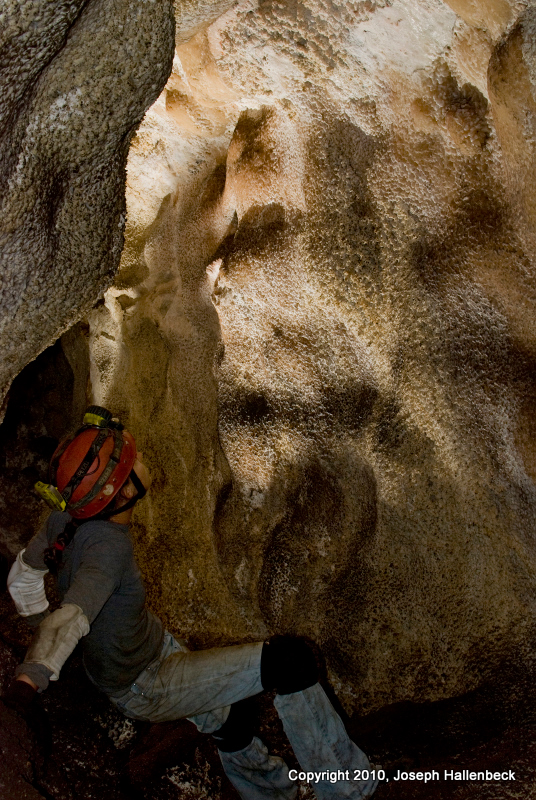 Again, Jessie sits on the canyoning section of the route, but this time looking upwards. I instructed Vicki to aim the vivitar at the ceiling above Jessie while an on-camera flash provided fill light. Although I like the effect of the lit ceiling, the on-camera flash gives Jessie a flattened look and failed to properly light her, leaving her too dark against the lighter ceiling. I used photoshop to highlight Jessie out of the foreground and lighten her, but this only further reduced the depth of her shadows.

"Cave Photography & Other Horrors" by Joseph Hallenbeck is licensed under a Creative Commons Attribution-ShareAlike 4.0 International License.