Albert Camus' The Rebel, An Appropriate Text for 2011 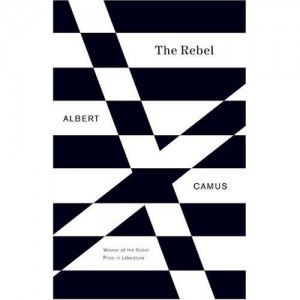 After several months of video game reviews, let’s take a look at something entirely different, a text that is a rather appropriate capstone to the events of 2011: Albert Camus’s The Rebel.

In The Rebel, Camus examines the history of the revolutions in Europe – starting with the French Revolution in the late 18th century which deposes the Divine Right of Kings, forever altering the role of religion in the state and ultimately the faith of the cultural revolutions of the dandy’s rebellion against Victorian society, the Marxist/Russian revolutions of the 19th century and the culmination of these revolutions with the nihilism expressed in Nazi Germany.

Through this examination of history, Camus examines the ethics of the rebel. He establishes the causes of rebellion, why rebellion ultimately becomes violent anarchy, and illuminates the reasons that we will most likely not see a return of these rebellions in western society.

In reviewing the international news events of the last year, we can definitely see this: uprisings in the Egpyt spreading over toLibya. Rioting over austerity in Greece and Brittan calumniating in the OWS encampments in the United Statesover similar issues. Yet, in the west the response has been much more tempered than the violence in Libya. As Camus points out, the rioters in the West, while displeased with the failure of the state are also very much interdependent on the success of the state. They cannot simply tear down the market system without tearing themselves down as they forfeit their livelihoods and retirement benefits.

In light of these events, it is a good idea to sit down and examine the successes and failures of past rebellions. Hence, Camus’ 1951 text is a very timely, timeless text to pursue. Camus recognizes that a successful revolution requires temperance by the rebel – a willingness to recognize that the state has wronged them, but to not fall to criminality in response to the state. When the rebel revokes limits and is willing to engage in the self-same murder that he accuses the state, then he also revokes his own legitimacy. The limitless rebel creates the various revolutionary disasters that we see inRussiaduring Camus time, and in more contemporary times,Central America.

The Rebel is also an easier read than his earlier work, The Myth of Sisyphus. The later work requires a much more complete understanding of Existentialist philosophy (namely, Kierkegaard, Sartre, Nietzsche). Whereas, The Rebel relies upon a much more common historic background that less philosophically inclined readers are more likely to possess or could easily be researched through a brief glimpse at Wikipedia’s entries on the French and Russian Revolutions. A general understanding of Hegel’s concepts of history and it’s importance to 19th century ideologies as well as a general overview of Nietzche’s master/slave dialectic can help with the reading, but are not necessary.

"Albert Camus' The Rebel, An Appropriate Text for 2011" by Joseph Hallenbeck is licensed under a Creative Commons Attribution-ShareAlike 4.0 International License.